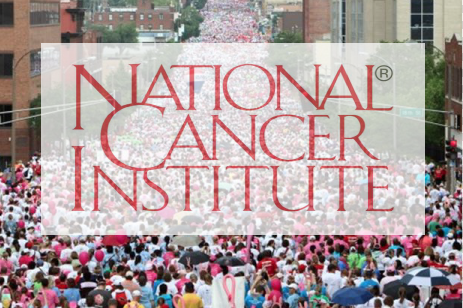 A devastating new report commissioned by the National Cancer Institute reveals that our 40-year long ‘War on Cancer’ has been waged against a vastly misunderstood ‘enemy,’ that in many cases represented no threat to human health whatsoever.

If you have been following our advocacy work on cancer, particularly in connection with the dark side of breast cancer awareness month, you know that we have been calling for the complete reclassification of some types of ‘breast cancer’ as benign lesions, e.g. ductal carcinoma in situ (DCIS), as well as pointing out repeatedly that x-ray based breast screenings are not only highly carcinogenic but are also causing an epidemic of “overdiagnosis” and “overtreatment” in US women, with an estimated 1.3 million cases in the past 30 years alone.

There are wide-reaching implications to this recommendation, including:

As reported by Medscape:

The practice of oncology in the United States is in need of a host of reforms and initiatives to mitigate the problem of overdiagnosis and overtreatment of cancer, according to a working group sanctioned by the National Cancer Institute.

Perhaps most dramatically, the group says that a number of premalignant conditions, including ductal carcinoma in situ and high-grade prostatic intraepithelial neoplasia, should no longer be called “cancer.”

Instead, the conditions should be labeled something more appropriate, such as indolent lesions of epithelial origin (IDLE), the working group suggests. The Viewpoint report was published online July 29 in JAMA.

Fundamentally, overdiagnosis results from the fact that screen-detected ‘cancers’ are disproportionately slower growing ones, present with few to no symptoms, and would never progress to cause harm if left undiagnosed and untreated.

As you can see by the graph above, it is the fast-growing tumors which will be more difficult to ‘detect early,’ and will progress rapidly enough to cause symptoms and perhaps even death unless treated aggressively. But even in the case of finding the tumor early enough to contain it through surgery, chemotherapy and/or radiation, it is well-known that the minority subpopulation of cancer stem cells within these tumors will be enriched and therefore made more malignant through conventional treatment. For instance, radiotherapy radiation wavelengths were only recently found by UCLA Jonnsson Comprehensive Cancer Center researchers to transform breast cancer cells into highly malignant cancer stem-cell like cells, with 30 times higher malignancy post-treatment.

What this means is that not only are millions of screen-detected abnormalities not ‘cancer’ in the first place but even those which can be considered fast-growing are often being driven into greater malignancy by the conventional chemotherapy, radiation and surgery-based standard of cancer care itself.

Our entire world view of cancer needs to shift from an enemy that “attacks” us and that we must wage war against, to something our body does, presumably to survive an increasingly inhospitable, nutrient-deprived, carcinogen- and radiation-saturated environment, i.e. Cancer As An Ancient Survival Mechanism Unmasked.

When we look at cancer through the optic of fear and see it as an essentially chaos-driven infinitely expanding mass of cells, we are apt to make irrational choices. The physiological state of fear itself has been found to activate multidrug resistance proteins within cancer cells, explaining how our very perception of cancer can influence and/or determine its physiological status and/or trajectory within our body.

“The word “cancer” often invokes the specter of an inexorably lethal process; however, cancers are heterogeneous and can follow multiple paths, not all of which progress to metastases and death, and include indolent disease that causes no harm during the patient’s lifetime.”

For more details on what our founder Sayer Ji calls the “Cancer Malignancy Meme,” see his video presentation at the Mind Body Week DC conference, wherein he discuss the ‘Rise of Biomedicine’ within the context of the mind-body connection, and breast cancer overdiagnosis in particular. 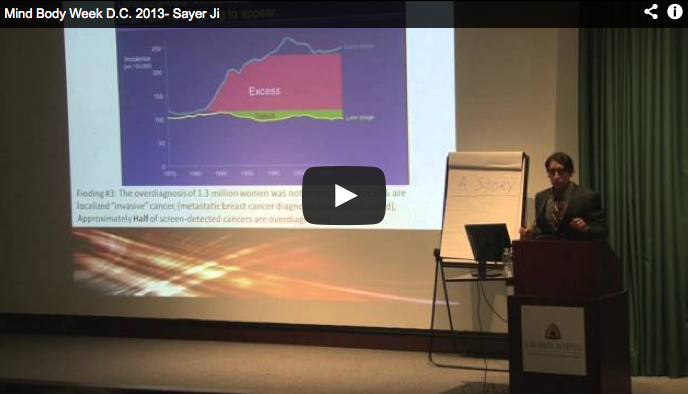 We must keep in mind that this proposed redefinition of cancer is no small academic matter, but will affect the lives of millions of women. Consider that every year, approximately 60,000 women in this country are diagnosed with DCIS, a diagnosis so traumatic that it results in significant psychiatric depression 3 years after even a ‘false positive’ diagnosis. For those less fortunate women, numbering in the millions over the past 30 years, who were told they had ‘cancer’ and needed to undergo lumpectomy, radiation, chemotherapy and/or mastectomy, the NCI panel’s recommendation is a hard pill swallow after the damage has already been irrevocably done.

So, what’s the solution? There is a growing movement towards the use of thermography as a primary diagnostic tool, as it uses no ionizing radiation, and can detect the underlying physiological processes that may indicate inflammation, angiogenesis, cancer-specific metabolic changes, etc., many years before a calcified lesion would appear within an x-ray mammogram. Also, the mainstay of any truly preventive strategy against cancer is diet, nutrition, exercise and avoiding chemical and radiation exposures – the things that we can do  in our daily lives to take back control of and responsibility for our health.